Voting for Hillary Because She’s a Woman is Irresponsible, Divisive, and Wrong 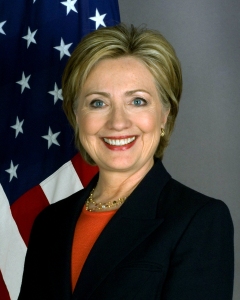 There are plenty of reasons to not want Hillary Clinton to win the Presidency next year, but in my opinion, ideology and experience don’t fall under that category.

In terms of experience, Clinton has been in Washington for something like three decades, holding a variety of positions in different parts of the government. She’s about as experienced as they come (with a single exception- she’s never been Governor of a state.) Many of our great presidents, including Lincoln, entered office with far less experience. I’m not implying that Clinton will be our next Lincoln, of course. But the inexperience charges being leveled against her are completely unfair.

Then there’s ideology. One thing is for sure- she’s not a loony liberal. As a center-right moderate, I actually don’t think Hillary Clinton would be very bad, ideologically speaking, as President of the United States. She’s recently began making paeans to the middle class and the gospel of opportunity, implying a reasonably centrist economic persuasion. She’s known for being a hawk on foreign policy, but a more reserved hawk than the neocons of the Bush years- so there’s a good chance she has some strategic thinking in her head. Socially she’s liberal, which can be annoying to moderates like me, but that’s not a huge concern. I wouldn’t call her a Centrist- I’d call her an establishment Democrat.

Now, Clinton being an establishment Democrat is good reason not to want her for President, but it’s not a very powerful argument. It carries the same weight as not wanting Jeb Bush to be President because he’s an establishment Republican. In both cases, the candidate as President would not be particularly innovative, though they would provide stability and regime continuity. We would just get more of the same, in an era when we need a fresh face.

And that is the first argument I have against a Clinton Presidency- President Clinton would not be a particularly fresh face on the Washington scene. We need a reformer who can take on the two great challenges of our time- a decadent bureaucracy and an ascendant plutocracy- and forge a more representative and more efficient government capable of preserving the opportunity for a better life for all Americans. The Democratic Senator Jim Webb personifies the kind of populist action necessary for fighting the financial power in politics, while the Republican Governor Scott Walker exemplifies the political moxie necessary to reform bureaucratic governance. If we could find a candidate mixing these two strands of thought, that would be ideal. But one thing is for certain- Hillary Clinton, the favorite of Wall Street and a union Democrat, is not that candidate.

Her supporters tend to imply that her womanhood is an excellent qualification.

Quite simply, I oppose identity politics in every form, though I understand that the impetus for it arises from a deep-rooted facet of our imperfect human nature. What I cannot fathom, however, is the modern embrace of this primitivism- this postmodern insistence on dividing people into ethnic and gender tribes based upon facts of biology, and insisting that the political representation of such tribes is the true mark of justice in a society. Colorblindness and gender equality have gone out the window as tirades against lingering white male privilege have come to dominate political and cultural discourse. Merit ceases to be of value; blood and genes assume a paramount center stage. People become valuable in the eyes of the postmodern because of what they are, not who they are. Rarely has so vicious an assault on human dignity been so deeply institutionalized in the public groupthink.

I have two primary objections to this logic.

First off, I definitely think it’s possible for a woman to win the Presidency in today’s world, and I think it’s crucial that women enter into positions of power, provided that they earn their way there. I believe in the equality of women and men, and I believe that we will have a female president in the very near future. I don’t see the oppression so many feminists claim keeps them down. Is there inequality and unequal representation at the moment? Yes, but that’s not because women are being held down- it’s because the movement toward women’s empowerment that broke off institutionalized restrictions of female power began a relatively short time ago in historical time, and it takes a long, long time for grand historical changes such as that one to reach their full and final effects. So when feminists claim that the unequal representation of women in social and economic and political positions in today’s world is the pernicious work of men like me building “institutionalized oppression” or “structural violence” or something of the sort, I cringe.

But there’s a more important reason than that.

To kowtow to petty identity politics right now, in this historical moment- to vote for Hillary because of her biology rather than because of her ideas- to insist upon the historic nature of the first female President of the United States, rather than upon the cruciality of having a strong, charismatic reformer in the Oval Office in 2016- is to irresponsibly carry out one’s responsibility as a citizen. We can’t be playing games now. A host of draconian structural imbalances besets us at home, and a more literal host of murky shadows threatens us abroad. This is not the time for political games and petty posturing. It is a time for fine statecraft and good citizenship. We can’t squander it with juvenile reasons for voting such as, as I’ve heard it put many times, “wanting a President who looks like us.”

When we do have our first female President, I hope to god that she’s the right woman for the right moment. But everything I’ve read and heard about Hillary Clinton tells me that she is not the right woman for this moment of American history. The statesman or stateswoman we need will be a reformer, not an entrenched legacy politician. We need fresh ideas and fresh faces. And, regardless of what her supporters argue, I don’t think Hillary is that woman.

I should have been able to write this article entirely focusing on Clinton’s ideas, and not on her identity as a woman. But because her supporters insist on her womanhood as one of their reasons for supporting her, I have been forced to argue against that.

Until I can write an article comparing a male and female politician solely on the merits of their ideas and charisma, without referencing either one’s intrinsic higher value due to their gender, we as a society have not reached gender neutrality. But may the day that we reach it come sooner rather than later.

One response to “Voting for Hillary Because She’s a Woman is Irresponsible, Divisive, and Wrong”