Catalogue of Modern Influences on My Political Thought

I have described myself politically as a conservatively-tempered progressive populist-centrist American nationalist, or, more simply, as a Progressive Republican and a Hamiltonian.

In a recent post, I discussed the influence of the Tea Party and Occupy Wall Street movements of 2009 and 2011, and the general political unrest of that time period, on the evolution of my political thought. I also intimated that the writings of Alexander Hamilton deeply affected my political thinking from then onward.

Here, I will discuss some of the various individuals who have influenced my political thought leading up to this moment on April 17, 2015. I will be brief. 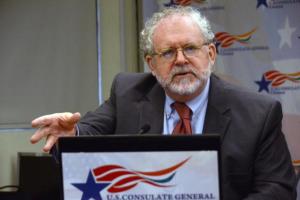 To Walter Russell Mead I owe my concern for the reform of governance out of the Blue Social Model of the 1930s and 1960s, and my appreciation for the importance of populism in America. To Mead I owe my tendency to seek the via media, the middle way, in every case in as principled a way as possible. I also owe to him my understanding of the institutions and heritage of the English-speaking peoples being the foundations of liberalism and liberty. To Mead I also owe my passion to develop a Liberalism 5.0.

To Adam Garfinkle I owe my passion for anti-elitism and anti-plutocratic reforms in governance, to liberate American government from a parasitic elite and make it more truly democratic. To him I also owe my Centrist-Conservative Temperament and my propensity for manifesto-writing to express my ideas, as well as a healthy respect for the historical background of any given society. And finally to him, I owe my basic familiarity with the principles of subsidiarity, social capital and the garden society. 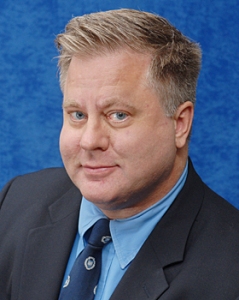 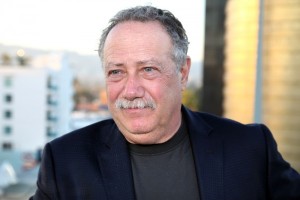 To Joel Kotkin I owe my expanded appreciation for individual economic opportunities, broad-based economic growth, and a low cost of living as the necessary prerequisites of a healthy and robust middle class and an opportunity society- the fundamental promise of Opportunity Urbanism. To Kotkin I also owe my preference, in urban planning, for suburban and exurban developments, multiple city cores, single-family housing, and multiple transportation options. To Kotkin I also owe my understanding of elite class warfare.

To the scholars at the Breakthrough Institute, particularly Michael Shellenberger and Ted Nordhaus, I owe my Schumpeterian understanding of innovation and technological advancement as the primary drivers of economic growth. I owe them my preference for massive productive investments- education, innovation, infrastructure- over consumptive spending, like entitlements and pensions. And I owe them my passion for reducing carbon emissions, reducing land use, and reducing resource use through the innovative decoupling of human consumption from natural sources through the advancement of technology- the fundamental premise of Eco-Modernism.

To David Brooks, I owe my mix of Burkean and Hamiltonian influences and my desire for a long-lost Hamiltonian Republicanism based on creating opportunities for strivers and entrepreneurs.

To Robert D. Kaplan, I owe my Tragic Understanding of the Human Condition as half determined by agency, half determined by fate. Kaplan’s works convinced me of the flawed and imperfectible state of the Human Condition, the fundamentally ancient character of the politics of all the world, and the enduring value of the great works of literature and political thought for understanding the nature of human affairs. 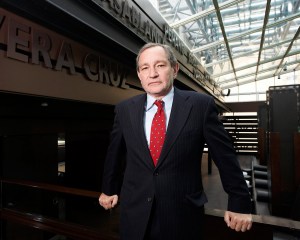 To George Friedman, I owe my basic understanding of rational Grand Strategy and Geopolitics. His work has trained me in basic geopolitical analysis and decisionmaking, and has shed light where darkness once unequivocally ruled. 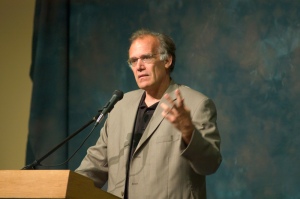 To Victor Davis Hanson, I owe my appreciation for the inestimable importance of Virtue and Manliness, standing upon timeless principles, in social and personal affairs. From Hansen I have also reaffirmed my understanding of human nature as eternal, and the works of the ancients as crucial to understanding the nature of human affairs.

To Yuval Levin, I owe my appreciation for the mediating institutions of civil society and the importance of norms, traditions, and customs in the formulation of public policy. Also to Levin I owe my basic understanding of the Conservative Traditionalist Temperament.

To Timothy B. Shutt, I owe my basic familiarity with the Literary Foundations of the Western World. To Shutt I owe my basic understanding of the Hebrew ideals of compassion and kindness and obedience to law, the Greek ideals of individual excellence and the primacy of reason and the warning against hubris, the Roman ideals of duty to country and pragmatism and tragic sacrifice and guilt as the price of empire, and the Medieval Christian ideals of universal goodwill to all men. Shutt enlightened me as to what it means to be a Westerner, and uncovered a world of heritage to me.

To Joseph J. Ellis, I owe my high regard for the Genius and Humanity of the American Founding Fathers and their unique synthesis of liberal political thought with conservative moral thought. Ellis brought each of the Founders alive for me, and illustrated their lives in such realistic historical narrative that I discerned there has never been a golden age, nor have there been gods among men. But Ellis did reveal to me the sheer excellence which great men in our world are indeed capable of attaining.

I could name other figures who have influenced me in these areas, including but not limited to Ross Douthat, Thomas K. Lindsay, Wilfred McClay, Henry Olsen, Steven Hayward, and many others, but to do so would be superfluous. I owe my thought to many.

I might add, though, that it is not only modern journalists and scholars who have influenced me. Far from it, the writings of such great historical figures as Niccolo Machiavelli, David Hume, Edmund Burke, Alexander Hamilton, George Washington, Henry Clay, Daniel Webster, John Quincy Adams, Abraham Lincoln, Theodore Roosevelt, and Winston Churchill have done their share. But that is the subject of another essay entirely.

A subject of yet another essay would be the influence of various institutions in which I participated, such as the Catholic Church, the Boy Scouts of America, the American Legion Boys State program, my family, the public education system, and others on my moral and political thinking. But that, too, will be for another essay.

Thus, I have catalogued a brief listing of those individuals who have most informed my political thought up to the present point. I hope to meet and have coffee with all of these individuals, and work for more than one of them. (The dead excepted….)

And, I hope that one day, I become such a source to another aspiring young writer and political thinker.