My Contradictory, Bigoted, Nonsensical, Worthless Opinion On That Goddamn Law in Indiana 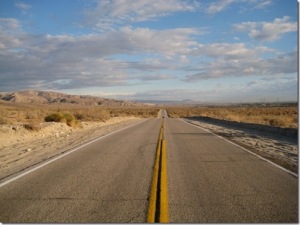 I’m torn over that goddamn religious freedom law recently passed in Indiana, the response to it from outfits as diverse as the Huffington Post and the National Review, and the broader implications for American culture and society as a whole.

As a Pope Francis liberal Catholic, I believe in the teachings of the Catholic Church, which does not encourage Catholics to recognize gay marriage, and I support the gospel of love and tolerance for all human beings, including our LGBT brothers and sisters. As Pope Francis said, who are we to judge?

As for the circumstances of the law and the broader implications for our society, I support tolerance of those of all walks of life involved- I call upon the Christian businesses to be tolerant of the gay couples they have refused to serve, and I call upon the gay couples to recognize that those of certain religious traditions- include Christianity, Judaism, and Islam- are not obliged to recognize their marriage in a religious sense.

The sheer extremism of both sides’ responses has been ridiculous. I’ve seen articles on the Huffington Post suggesting that homophobia is the only reason a business would discriminate against gays, and I’ve seen articles on the National Review suggesting that every business has a “right” to discriminate as it pleases. I see a lot of pundits with strong cultural views ignoring the facts of the cases and stirring up the pot to advance their agendas.

As for my own view, most observers would consider me to be conservative on this case. I support the law- I don’t think businesses that are de facto Catholic businesses (just as there are Asian-American haircut places, Jewish firms, and Democratic consultancies) should be forced to violate the consciences of their owners. Coercion that forces them to do something recognizing a gay wedding (such as catering it) violates their religious conscience, and thus undermines religious liberty.

Now, if the gay couple sued on anti-discrimination grounds, I think the business should be protected. And that’s what the law does- it protects business owners who refuse to provide gay weddings with their services, on religious grounds. Let’s call a spade a spade- it protects discrimination. But it is a faith-based discrimination, one founded not in hate but in the devout’s perception of ultimate reality.

Indeed, this law could be abused, and that requires vigilance. If a restaurant owned by Catholics refused to serve a gay couple because they were gay, that would be unjust discrimination and it would be wrong, for it discriminates against individuals because of their unchangeable personal characteristics. However, if that same restaurant refused to cater a gay wedding on grounds that it did not consider it to be a wedding, it would have a stronger and in my opinion more valid case, as it would be refusing to acknowledge a social arrangement it did not see as valid. There’s a world of difference between discriminating against individuals, and discriminating against social arrangements that violate one’s conscience.

So there’s my view. Am I a bigot for it? I don’t know; I would hope not. In a nutshell, though, I don’t think religious discretion should be entirely illegitimated on anti-discrimination grounds.

I think what liberals forget is that religious liberty and civil tolerance are coequal, and what conservatives forget is that obnoxious defense of religious liberty looks like intolerance (and sometimes is.) Arnold Schwarzenegger wrote an article for the Washington Post recently, arguing that the Republican Party, by supporting the RFRA in Indiana, was making itself look reactionary, intolerant, bigoted, and backwards. And he’s right. If the GOP continues to entertain the blatantly anti-gay social conservative wing, the one that sponsors de-sexualization camps and teaches that homosexuality is a choice, then it deserves to be consigned to the dustbin of history. We do not need the reactionaries in our party, and we should not protect their rights at the expense of the rights of our LGBT brothers and sisters.

It’s perhaps ironic that this is all happening around Easter season, the holiest time of the year in the Christian tradition. And that means this is the perfect time to reflect on that core principle of Christianity as it pertains to this situation- unadulterated, unconditional love for all human beings, regardless of whether or not their actions and decisions fit neatly into our ideological or religious understanding of reality. One can love the businesses in Indiana and disagree with them and boycott them, and one can love the LGBT couples in Indiana while not viewing their marriage as legitimate and while refusing them a specific service. The point is not harmony or even agreement. The point is tolerance for each other’s differences in decision and opinion, out of a loving respect for the sheer humanity contained within the breast of each person. We might well want them to change their actions; but the love is the more important thing. And the debate around this issue has revolved not around unconditional love, but around vitriolic hate.

Before I am accused of being a reactionary conservative, let me state a few of my other opinions. I support gay marriage being legalized in all the states, and I support equal rights in all fields for the LGBT community. I support the equal treatment of all human beings, and I support a reasonably laissez-faire view of public policy on sexuality. I don’t think the state has any business in interfering with what consenting adults do in their bedrooms, regardless of my personal judgment on that activity.

But I also support the liberty of religious groups, individuals, and associations like businesses and clubs, not to discriminate against individuals but to discriminate in choosing whether or not to violate their own consciences. These cases will never be clear-cut, never black or white. There’s always going to be a lot of jobs for lawyers, and there’s always going to be tension between the religious community and the LGBT community. That’s not about to go away.

But we need to learn to live together and tolerate different ways of life, and the decisions people make. That goes as much for Christians (and Muslims and Jews) who believe gay people to be particularly sinful and pernicious, as for liberals and progressives who believe religious believers to be homophobic and hateful. True tolerance implies discomfort, and true diversity implies tension.

The Catholic faith is doing a good job updating itself for the 21st Century, being more open and tolerant and loving while still staying true to its core principles and traditions.

The Republican Party, on the other hand, has quite a bit of work to do. It hasn’t yet found that big-tent balance by which it can protect the rights of both the LGBT community and the various religious communities, and forge them into a broader, more inclusive and unified coalition. But I believe we can get there, both as a Party and as a country. The California Republican Party’s recent chartering of a Log Cabin group is evidence of meaningful progressive change.

And just as I have faith and hope in Jesus’s rising tomorrow to redeem us stupid humans for our sins against each other, I have faith that we of this greatest nation on Earth can and will redeem ourselves from this pernicious tribalism, and forge a new level of social acceptance and understanding that will take us to new heights. By the time our grandchildren are running the show, these battles will be a thing of the past. May we do the good work of forging that consensus.