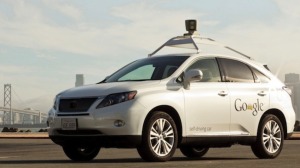 Government Executive reports a grand new step forward in the transition from a 20th to 21st century economy- the University of Michigan recently opened ‘M City,’ a driverless car test range where experts in various policy and technology areas can collaborate to innovate new ideas for the future of driverless cars.

Luddite paranoia and concern over lost driver jobs aside, there are a host of benefits associated with a driverless economy. Driverless cars hooked together by the power of the world-wide web would effectively be ants in a broader machine, whose navigation systems would be synchronized to optimize traffic flow, provide maximum transportation efficiency by finding the fastest routes, and preclude dangerous car accidents by circumventing human error in driving. Beyond the mere infrastructural and safety benefits associated with such a revolution in our economy, there are a host of broader economic benefits, including the opening of the playing field for hundreds of thousands of new firms and the creation of potentially millions of new jobs in the computer and traffic control industries guaranteed to flourish with this economic transition. Moreover, the growth would be broadbased, and open for competition from both legacy industries striving to modernize and small startups striving to tailor their services to the most niche-based of demands consumers can hurl at the market.

There will always be those vested in the interests of the old economy, and their concerns are not trivial. For example, driverless cars would ‘drive’ millions of workers in the taxi and trucking industries out of business, quite literally. Manufacturers of steering wheels would have to find new products to produce, or die off. Regulatory rules would have to change, and the unions and law firms that benefit off of them as they are would find themselves in the wilderness.

But that is the beauty of creative destruction- as decadent and corrupted old worlds implode, dangerous new ones arise, full of wonder and opportunity. It will be interesting to watch the driverless car economy transform America- let’s hope public policy can just keep up.