Man, the State, and God 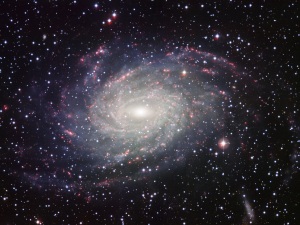 I have made my reputation thus far by endorsing and praising controversial things in all sorts of areas. The greatness of just nations, forged by iron, built upon former and ongoing injustices and fueled by the blood, sweat, and tears of the vanquished. An antiquated manliness attained only by great pain and suffering, capable of both great good and great evil. War and trade- wrath and greed- the two strongest drivers of human affairs, the source of much misery and of much comfort. An all-powerful, all-knowing, all-loving God of the universe, who loves his children in the harshest possible manner, and causes them to grow by the fiery trials of life.

Nationalism, Manliness, Theism, Conservatism, Statism, Realism- all the isms with which I prefer to be associated are quite dark and bloody grounds, polluted by the unfortunate experiences and excesses of human history. I consciously avoid affiliation with environmentalism, feminism, progressivism, liberalism, and the like, although any reasonable and balanced definition of those terms, applied to me, would reveal me to be an environmentalist, a feminist, a progressive, a liberal in the best sense of any of those words.

For my affiliation with the darker side of human life, and my incessant mockery of the lighter side, I am often rejected as a cynic, a pessimist, a privileged patriarch, a careless chauvinist. But I do not mind- such is the fate of those who walk the path I have walked.

I look at the isms of progress, the isms that see injustice everywhere and a path up from it if we would only shed our barbarous past, and when I see them, I see thinkers afraid of embracing the fullness of human life- the pain, the suffering, the terror, which must inevitably accompany the beauty, the relief, and the pleasure. I see thinkers who do not want to stain their consciences with admittance of the necessary evils of life- or worse, who do not wish to tarnish their self-images with revelations of their own hypocrisy. I see thinkers who dream up a perfect world in their minds, and impose their vision upon this world, and curse it for its failing to live up to their imaginations.

I see excess of the worst sort- excess of a good thing. For in environmentalism, feminism, progressivism, and liberalism, and for that matter in socialism, anarchism, and any utopianism, there is a foundation which contains within it many good things. Human equality- prudent management of natural resources and appreciation of beauty- a forward-looking, enterprising view of human life in society- the freedom of the individual- the importance of central planning- the importance of freedom- the acknowledgement of a world which we do not know which we will someday know- all of these are the best of dreams, and inspirations necessary for the creation of a more just and equitable society on Earth.

Yet the acolytes who place these upon a pedestal and seek them in their extremes, and reject the life of the world as it is, seek a goal which can never be equaled or even neared, while promising themselves an indolent way of thinking for the entirety of their careers. They reject reality for their dreams, and lose the capacity to synthesize both.

I was once of this type, albeit for the cause of individual freedom rather than for any of the other causes.

But when I realized the inadequacy and overzealousness of this way of thinking, as I read of the great works of political thought which inspired the Founders of this country, I came to a far more pessimistic view of life and human achievement. And from there my thought went further into the recesses of human evil, balanced by human good.

I have come to love those things which I formerly despised, and many still despise, because I have found them to be the best recipes for maintaining an orderly and free society without resorting to the excesses of totalitarianism or anarchy. I have discovered them to be the building blocks of social order, that social order which accommodates the thought of those who would demean or even overthrow it.

I love these monsters- these monsters called nationalism, manliness, and theism. The first, imbued with political realism and philosophical conservatism; the second, imbued with views of objective reality and the balancing of rights with responsibilities; the third, founded upon an acknowledgment of human weakness and wickedness, yet divine perfection as the ultimate reality of the universe; these are not pretty thoughts, nor particularly inspiring for those who seek a better world. But I have found them to be the most real and the most practical truths to hold fast to in a swirling world that, for all its constant shifts in condition, never changes in structure.

And I therefore defend them and embrace them with every chance I find, while avoiding affiliation with their more popular rivals. It is not that I dislike the causes which environmentalists, feminists, progressives, and liberals hawk (and bear in mind- ‘liberals’ here includes many Americans who think themselves to be conservative.) It is, rather, that I see a fundamental order which must be upheld, an order which these other forces tend to attack. And in defense of the principles I hold dear, I inevitably wind up across the battlefield from the prophets of postmodernity.

What has been the significance of this long-winded and self-righteous defense of my core principles?

There is essentially none. But for all those who find themselves across the battlefield from me- you now know why I am there.

Why are you where you are?