A Call to BiPartisan Nationalism in Contemporary American Politics

“Eisenhower remains, to me, a near-great Republican president.  In most things, he was fact-based, prudential, and essentially conservative. His Presidency and his approach offer an excellent paradigm for a reformed Republican party today.  But getting there will not be easy.  If a large majority of Republicans try to reform the party in a common sense direction with Eisenhower as the paradigm, a third party could very well be the result.”

“So what can Republicans learn today from Ike’s presidency?  They can learn the importance of tying all their policies together under a single banner.  For Eisenhower, national security required a balanced budget, more infrastructure, even civil rights. This theme provided a cohesion to his policies and his presidency. Republicans can also learn that conservatism is an approach, not an agenda.  For Ike, incremental change beat revolutionary zeal.  Too often, Republicans have drunk from the fount of power and pursued grand plans.  Better to walk the sober path of modest steps and gradual progress. Republicans can learn that realism must be the foundation of foreign policy.  The party must accept the realities of this world before it can seek to change them. Idealism can help inform the party’s philosophical architecture; but it must be built upon the pier and beam of hard realism. Finally, Republicans can learn that old parties need new ideas.  Certainly in foreign policy, Eisenhower showed innovation in how he viewed the world and how he fought the Cold War.

For today’s Republican Party, it might be time to go back to the future…and become a little more like Ike. “

I would argue that the greatest Republican Presidents of our modern GOP were Dwight Eisenhower, Richard Nixon, Ronald Reagan, and George H.W. Bush. Indeed, there seems to be a legacy connecting the four of them beyond simply GOP membership.

Of the four, it should be remembered that Nixon and Reagan- though undoubtedly the more effective, and the ones leaving the greater legacy- were able to do what they did because they successfully energized the rising populist wing of the Republican Party, and thus the principles they espoused were distorted by the passing rumblings of a Jacksonian people. These men should be remembered for their craft- not for their words.

But as it is harder to emulate craft than it is to emulate words, if we must define ourselves by the quotations of great men long gone, then let us emulate the words of Eisenhower and Bush Sr. Moderate and principled, reasonable and pragmatic, true Washingtonian statesmen (rather than great Californian movement-surfers,) the principles they enshrined in their words were more tenable and accessible than the easily malleable and misinterpretable words of the other two greats. 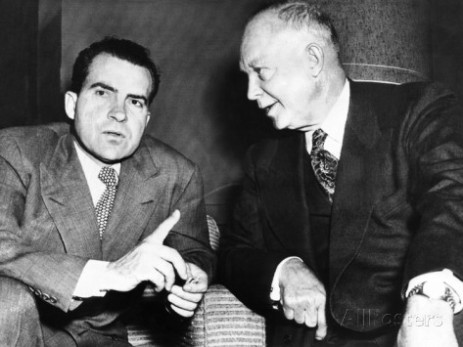 The essence of the GOP is and has always been not conservatism, but nationalism, moderated by a conservative temperament, and pragmatically dealing with the political and cultural situation at hand (hence Nixon’s and Reagan’s skillful embrace of populism in their methods.) We trace our true roots not to Jefferson and Jackson, but to Theodore Roosevelt, Abraham Lincoln, Henry Clay, and Alexander Hamilton- great nationalists and men of conservative temperament all.

The true opponents of the nationalists in American politics have always been the ideological populists- represented by the Democratic-Republican parties of Thomas Jefferson and Andrew Jackson which later formed the intellectual currents of Jefferson Davis, and the populists who arose under William Jennings Bryan and his ilk. The early 20th Century saw a dramatic realignment of American politics, with both nationalists and populists alive and well in both parties and mostly populists energizing the third parties that occasionally arose. The GOP of the 20s and 30s was essentially populist. The Democratic Party under FDR’s New Deal coalition tread dangerously far in the direction of populist social democracy, while still containing a great many nationalists. The Cold War saw a continuation of this division, but Eisenhower successfully resurrected nationalism within the Republican Party.

The shifts of ideology have fluctuated much since the 1950s, especially with the Democratic Party’s populist resurgence of the 1960s and the Republican Party’s populist resurgence of the 1970s and 80s. But there are nationalists still alive and well in both parties, and their pragmatism and influence remains, albeit at a shrinking level and in a drowning state. Moreover, these nationalists, moderates, and centrists have, in their relative stagnation, grown decadent and uncreative, and thus the perennial street protests of both Left and Right populism have emerged.

It is time for a resurgence of nationalism within both the Democratic and Republican parties, not merely for a spirit of compromise or reason, but for a revitalization of the American project and the opening of a new and majestic chapter in the history of the United States of America. Democrats should look to Jack Kennedy and Franklin Roosevelt, pragmatic men both; Republicans should look to Eisenhower and Bush, temperamentally conservative men both; and American nationalists of all stripes should look to Teddy Roosevelt, Abraham Lincoln, Henry Clay, Alexander Hamilton, and George Washington- our true intellectual forebears and the most transformative statesmen in our history. Posterity will place us among their ranks. We must fail neither the great men of the past nor the children of the future; and most importantly, we must not fail our fellow Americans whom we walk amongst today. 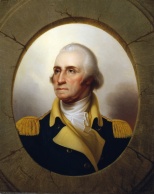 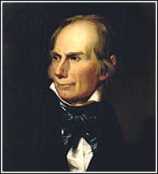